skip to main | skip to sidebar


Fuji is great, don't get me wrong. It's just that the X100 would look better without a built-in flash (or audio ports for video, which is lousy quality anyway). This goes especially for the black version where the flash really sticks out like a sore thumb. You could say I'm an available light purist. You could also say I wish Fuji would make a compact flash unit with a tilting and swiveling head to allow for bounce flash.
Posted by R.A. Sasayama at 8:36 PM No comments:

Out-of-print Photobooks That Should Be Reprinted

I will add to this list as they occur to me.

In Flagrante by Chris Killip.

A1: The Great North Road by Paul Graham.

A Way of Seeing by Helen Levitt.

Photokina 2014: What They Should Make!

Because I'm better at running their companies than they are. Obviously.

Leica
Put a rangefinder-style EVF and some real controls on the Leica T.

I should also note that a really big screw cap replaced the loathsome red dot on the new M-P Type 240. There are five spots on the front of the camera. Five. Let that sink in. Now ask yourself: Why is Leica making their flagship product uglier?

Fuji
If the features added to the X30 suggest what features the X100T and X-Pro2 will have, you’ll get no complaints from me. The only thing I don’t like about the X30 is the 2/3'' sensor. I’ll take a larger sensor and lens, please.


Sony
The RX100 Mark III was a letdown for me. I don’t want a pop-up EVF and a 24-70mm-e f1.8-2.8 lens. I want a regular built-in EVF and a 24-100mm f1.8-2.8 lens. Basically, I want a 1'' sensor camera that is coat pocketable, not pant or shirt pocketable. I want something that I can take pictures with in the sun and has decent dynamic range, because my other digital camera is an iPhone.

Ricoh
Well, the GXR system is dead. They should put an EVF in the GR, though.

Nikon
V4 with a rangefinder-style EVF. The Internet would love it. Come on, Nikon. You’ve tried the rest, now try the best (form factor).

Samsung
They make cameras?
Posted by R.A. Sasayama at 8:20 PM No comments:

“I haven’t actually seen it, but Mike Johnston / Jörg Colberg / Jeffrey Ladd recommended it, so it must be good.”

“Why doesn’t Arcana / Hennessey + Ingalls / Opening Ceremony have that book? It was on photo-eye’s ‘Best Books of the Year’ list!”

“I wonder if people will stare at me if I look at this book of nudes.”

“If I ask (famous photographer) to just sign his/her name in my book, will s/he hate me forever?”

“I’ve been waiting years for them to reprint (classic out-of-print photobook), so of course I have to buy it.”

“If I don’t buy it now, the price will skyrocket in a few months, and I’ll never be able to get a copy for a reasonable price.”
Posted by R.A. Sasayama at 9:42 PM No comments:

Postalco made this case for the Ricoh GRD, but its style (even in black or red leather) doesn’t really match. It’s too nice for something so utilitarian. A Contax T3 or Fuji Klasse would look the part, though. 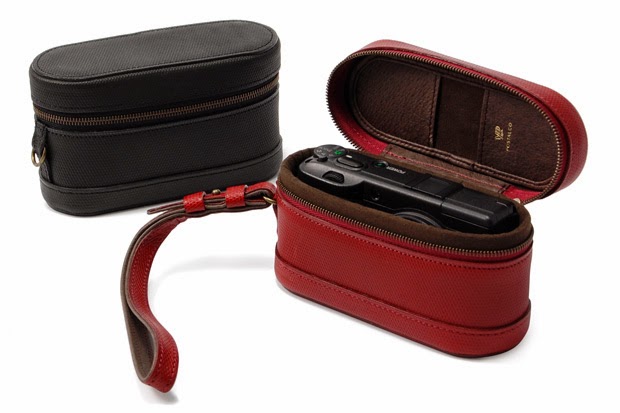 Like a person’s nose, the viewfinder prism is the central integrating part of an SLR’s design, and consequently it is the most distinguishing visual trait. Ideally, it articulates the essence of the forms around it. Unfortunately, the prism is often the subject of “creative expression” for marketing purposes. To encourage the acceptance of planned obsolescence, they must approach the prism as an area for decoration of dubious quality. Just looking at the example of Canon, it’s easy to see that this phenomenon generally has a direct relationship with the camera’s price: as the cost goes down, so does the quality of the prism’s design.

The current stylistic trend in camera design has been toward linearity and simpler geometry, a shift embodied most subtly in Canon’s 1-series. The blobby, NURBS-enabled design of the original 1D (December 2001) through the 1D MkIIn (October 2005), whose prism always reminded me of an elephant’s forehead, was supplanted by the slightly less blobby design introduced by the 1D MkIII (May 2007). Apart from it’s pronounced sloping shoulders, the key differences are the two edges that run down the face of the prism, formed by a curved plane and saddle surfaces which intersect. The concave shoulders sweep down from the flattened, convex band of the prism’s center. Personally speaking, this post-2007 prism is one of the classic SLR prism designs along with the Nikon F’s eye level finder, Pentax Spotmatic, Topcon RE, Contax RTS, and Leica S2.


In these three-quarter views, note how the rounded edge on the right side of the MkIII has a smaller radius and creates a more distinct line.

The trend toward linearity can also be seen in the 5D series. It’s a shame that Canon hasn’t produced a version of the 1-series without the vertical grip since the design, interface, autofocus, and weather sealing are not quite as nice in their other cameras.


Rather than settling on a strong design for several generations, each iteration of the 5D series has shifted from one uninspired, noncommittal design to another, just like the x0D series. The original 5D’s prism oddly resembles a pig’s nose, while the MkII needlessly departs from the 1Ds MkIII’s basic design by adding chamfered edges (a bit like the Pentax 645D) and an angular throat. In trying to slim down the body, the buttons in front of the top LCD jut out from the edge a little bit, which clutters up the design. The exaggeratedly chamfered edges on the MkIII make the prism look fairly rounded from the front, which has really only worked on the Leica S2 and Sony A99 because they both have raised shoulders that minimize the viewfinder’s protrusion.

That said, the Canon 6D deserves mentioning for its admirably plain design.

The design of the x0D series has been the most erratic, leading to an occasional hit but mostly misses. The 10D should remind you of the Nikon D4 and D800, Sony A100, Panasonic G and GH series, and Samsung Galaxy NX (along with a handful of bridge cameras) since the motif of a single contoured surface that blends the front of the top plate with the front of the prism was, I think, introduced by this camera. I would have to dig further to be sure. My favorite is the straightforward 30D. It’s the Platonic ideal of an APS-C DSLR. The 7D would look better if it didn’t seem overinflated, and I’m not sure what happened with the 40D and 50D. They tried to add a touch of hardness to it, but chiseling some facets on the prism’s beak did not work out in this case.


Given the higher specifications and stronger designs of higher end cameras in general, it is tempting to look at new upgrades in a lower end series and see a connection between internal improvements and the quality of external design. Of course, no such correlation exists within a series, only between them. A better looking design is a matter of chance when it comes to mass market consumer cameras. It is only at the high end and in niches where standards of good design are maintained. An obnoxious fact of modern life.
Posted by R.A. Sasayama at 10:48 PM 9 comments:

The Leica T Ad: That's a Lot of Sandpaper


The Most Boring Ad Ever Made? from Leica Camera on Vimeo.

The appeal of this ad lies either in the reality or the perception that few people these days exercise that kind of meticulous attention.

Extra points if you can count how many sheets of sandpaper he uses.
Posted by R.A. Sasayama at 2:47 PM No comments: